Positive parents stand a greater chance of raising positive youths. Yet not every youth we see today was or is being brought up by positive parents. As such, I do not think there has ever been a more difficult time to be a youth. In many families, both parents work in order to make ends meet, leaving children to grow up with little or no parental supervision. Consequently, now more than ever before, youths face grown-up problems at an increasingly young age. Growing up with the right values and mindset has become a challenge, many young people have however found this stage of their upbringing to be the most rewarding.

1. Youths are never too young or too old to learn positive values.

A situation where your parents did not start early to put positive values into your thinking as a kid does not spell a dead end. Granted, many children who were privileged to grow up under positive parents enjoyed listening to their parents talk to them even when they were still crawling around. Moreover, parents took advantage of every opportunity to tell stories, and talk with them about values. Nevertheless, positive values can still be imbibed during teenage years as well as during adult life.

As Norman Vincent Peale suggested in an article; How to Have Enthusiasm Everyday that focused on how best to keep life on a high note: “Number one, love life. Tell life every day, “I love you.”” You love life and life will love you back. In the morning, tell people around you that you love them. If no one is around, go stand before the mirror and tell yourself that you love yourself. Look through the window and tell the world outside that you love it. At that point you are ready to face the day, the sun, the rain, the grind and the hustle with a positive attitude.

The opposite is a negative attitude. Ali Mazrui in his The Trial of Christopher Okigbo told the story of Apollo Gyamfi, an ace Ghanaian student in Oxford University. Gyamfi was gunning for a first-class degree until his final exams which he felt he did not perform too well. Disgruntled, Gyamfi spent the whole evening in a pub, drinking himself to stupor. Then, later in the night when everyone had gone to sleep, he took out his moped and cycled himself into a ditch. He was dead the next day. When the results were released, Apolo Gyamfi made first class.

Youths can achieve a positive mindset through making home life interesting, even exciting. The everyday life of a youth could be a terribly busy one, yet it is required that one makes each day count by making whatever available leisure time an enjoyable one. Not every form of entertainment is considered wholesome notwithstanding, reading of crime and thriller novels and playing the guitar or the piano have been found to be as mentally engaging as playing chase, scrabble or monopoly. Aside from these, TV viewing and storytelling are believed to have brought more people together now more than ever, as a result of multiple channels obtainable from cable TV. Incidentally, storytelling has moved from conventional settings to literary blogs where tons of short stories are published periodically with young authors revolutionizing African writing by means of sharpened skills.

These are just examples of how you might try to make life interesting in your home – a happy, wonderful place where everyone can find joy.

3. Network by bringing out the best in others.

The most plentiful unwanted commodity in the world today is problems. These problems, big or small are real and often painful. But experience has taught us over the years that frequently the solution to the problem already exists within the person wrestling with it. The ability to cope, the energy to deal with it, the wisdom or common sense required to master it – all are there, not being used. As Ruth Stafford Peale observed in an article in The Magazine of Positive Thinking, it is almost as if the mind of the person with the problem is somehow locked by stressful thoughts, and needs only to be released.

A positive mindset is the one to break the chains that are holding another back. Saying the right words, or making key suggestions are the initial steps toward bringing out the best in others. As a wise American once put it: “Our chief want in life is someone who will make us do all we can.” That someone can be you.

You don’t have to be a trained expert. You don’t need any special equipment. You just have to care about people, be able to listen to them with sympathy and understanding, and finally without interfering or condescending offer creative suggestions that will enable the troubled person to begin to help himself. Most times, networking begins from giving a helping hand to a person experiencing failure from low self-esteem or low energy and reminding them, over and over again, that they don’t have to be failures.

An ancient book tells the story of a military commander who returned from a battle to see that his camp had been raided equally, their women and children taken captive. Confused and afraid that his men might turn against him in anger and kill him, he decided that he and his men leave that night in search of the marauder band. On their way, he found a slave boy abandoned by the marauders because he was weak and dying. The military commander stopped, picked the boy up and fed him with figs and bread and water. When he regained strength, the boy led the battalion to the marauders whom they attacked under the cover of night and rescued their women and children.

The power of a positive mindset has been found to work for us the most when things look the darkest. That time could be now. 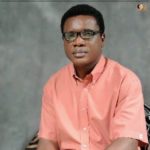